A Leaf of Their Own

Searching for a National Flag 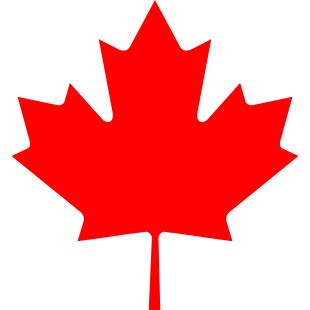 The maple leaf served as a symbol for over a century before officially becoming part of the National Flag of Canada on February 15, 1965. One of its first recorded uses was in 1834, when it was made the emblem of the Société Saint-Jean-Baptiste. The president of the Société called the maple leaf “Canada’s emblem,” declaring it the “king of our forest.” 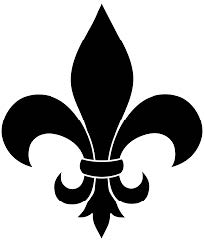 Fleur de Lis symbolism dates back to medieval France. In Canada, three Fleur de Lis were carved into the cross that was ceremonially planted during Jacques Cartier’s first voyage to North America in 1534, claiming the New World for the French Crown. The banner of France, which features three Fleur de Lis, was flown over Île Sainte-Croix and Port Royal, the first two permanent European settlements in British North America.

The Red Ensign was based on the flag flown by the British Merchant Marines since 1707. Three different versions of the Red Ensign were used in Canada, each featuring a different shield.

The Royal Union Flag (also known as the Union Jack), a major part of all Red Ensign designs, was first raised in the 1600’s at the British settlement in Newfoundland. The Union Jack became the official flag of Canada in 1904; however the Red Ensign was approved for use on government buildings abroad in 1924. A 1945 Order in Council authorized use of the Red Ensign on federal buildings in Canada. 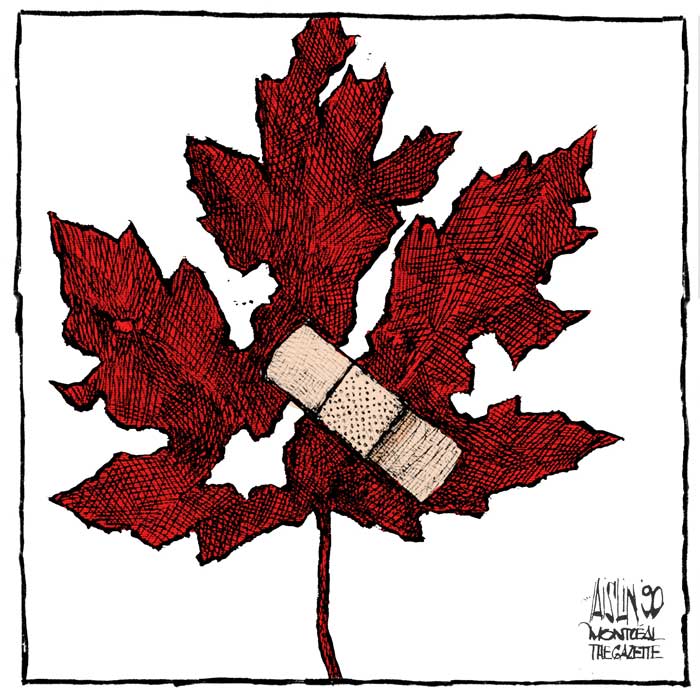 By the 1960s, years of war, economic uncertainty, and a sudden influx of immigrants led to rapid changes and instability in Canada. These important social transformations created new perspectives on national unity. At the same time, post-war immigrants identified less with the established British and French cultures than they previously had. Tense French-English relations had been challenging to unity, however, the nationalism and support for separatism that emerged in Québec was without precedent. It was under these circumstances that Prime Minister Lester B. Pearson proposed the creation of a new flag for Canada. He argued that a distinctively Canadian flag would unite the entire country.

Following the announced search for a new national flag on June 15, 1964, a summer of intense parliamentary debate followed. Pearson called for the creation of a special all-party committee composed of fifteen members, who were tasked with choosing the new flag.

Canadians were so captivated by this debate that thousands sent designs to the committee to be viewed. In all, over 2,600 designs were submitted from across the country. A staunch supporter of the Red Ensign, Diefenbaker himself received numerous design submissions. These were from citizens favoring the Red Ensign and from those concerned by the notion of the “Pearson Pennant” becoming the National Flag of Canada. Others were sarcastic submissions meant to mock Diefenbaker’s opposition to a new flag.

The committee narrowed down their selections to three categories:

On October 22, 1964 the committee decided in favour of the single maple leaf design. The stylized maple leaf we now see on the national flag was originally designed by Québec nationalist Jacques Saint-Cyr. The concept of a maple leaf on a white background with red stripes on either side was suggested by Dr. George Stanley. Ultimately, MP John Matheson, often referred to as the father of the Canadian Flag, combined Stanley’s two components along with Saint-Cyr’s maple leaf to create the design that the committee would unanimously approve.

The final step in choosing Canada’s national flag came when Pearson put forth a free vote on the approved design. On December 15, 1964 the motion passed in the House of Commons with 163 votes in support and 78 against. The proclamation declaring the maple leaf the National Flag of Canada was signed by Queen Elizabeth II on January 28, 1965 in London, England.

On February 15, 1965, the Maple Leaf was raised on Parliament Hill for the first time. Royal Canadian Mounted Police Constable Joseph Secours lowered the Red Ensign and the newly appointed National Flag of Canada was raised to the sounds of a choir singing ‘O Canada’ and ‘God Save the Queen.’

“The flag is the symbol of the nation’s unity, for it, beyond any doubt, represents all the citizens of Canada without distinction of race, language, belief or opinion."

On February 15, 1965, Canada's new flag was raised for the first time on Parliament Hill in Ottawa. The National Film Board of Canada was there to record this historic event.

This project has been made possible in part by the Government of Canada. Ce projet a été rendu possible en partie grâce au gouvernement du Canada.